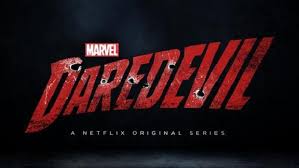 The first season of Daredevil was something that I loved a lot. I liked Jessica Jones more, but Daredevil was first and it was really indicative of Marvel doing something different to its usual MCU fare (which I love dearly, may I just add). Also, let's be real, the first season of Daredevil was just really well done. It was flat out just good television, for the most part, and so obviously my own personal expectations for its second season were high. Which is why I probably should not be so surprised to have found myself generally quite disappointed. Obviously I'm not a critic or anything, but I do love think about why these things work or don't work for me, and I have a *lot* of opinions about these sorts of things and I don't really have anywhere else to put them other than forcing them on my unsuspecting friends and family members. It seemed the obvious conclusion to just start blathering on with my opinions on here because I'm not exactly doing anything else with this blog. So, with that in mind, here are some of my feelings about Daredevil.

There were actually a lot of things that I liked about this season. I don't think that it was weak across the board, it's just that the main plot and character let it down. The main weakness of this season for me was the fact that it felt so unfocused and so unfinished. Compared to the intensity and well paced, well crafted structure of the first season, it all just felt like a bit of a mess. After over a week of mulling over my thoughts and talking them out with one of my friends who watches the show, I still can't figure out who the main villain of this season is. Yes, The Hand and Nobu, but they were never even mentioned until episode 5 or 6. In a 13 episode long season, it just seems poor to only introduce what is allegedly the Big Bad until halfway through. If you are going to try and do The Hand, why would you try and shove it all into about 8 episodes when it really needs a whole season that doesn't come with the added distraction of the Punisher. On top of that, the Hand plot wasn't even particularly well done. It was lazy and generic - it's still unclear what they actually want to do or why they want to do it. The Punisher plot was actually the most interesting and engaging thing about this season for me - Jon Bernthal did a really incredible job. I was not expecting to care about the Punisher *at all*, but I was genuinely in tears at the amazing monologue at the end of episode 4. That was possibly my favourite scene in the season. But I still wonder at the decision to try and do the Punisher and the Hand in one short season, especially in such an unbalanced way. It's not even as though their plots come together in any sort of satisfying manner. They really had nothing to do with each other at all, aside from bringing up a moral conflict about killing for Matt and to give Karen and Foggy something to do while creating tension with their respective relationships with Matt. It just all felt so unfocused and unclear which, while an apt representation of Matt's life at this point in time, does not make for good bingewatching. The plot issues only become more clear with bingewatching.

The plot issues may have been more bareable, or at least less obvious, if the season had had a better ending, but if anything it just cemented how little sense a lot of it had made. The final episode did not feel like a final episode at all, it felt like a mid-season finale at best. And had it been a mid-season finale and the season had had another 10-13 episodes to actually come to some satisfying conclusions and, I don't know, had any clarity, it would have been great! But it didn't. Instead we got a cool looking but ultimately kind of underwhelming final fight that was supposed to have some kind of emotional impact but just didn't at all for me. Maybe that moment was what the season was all leading to, but none of it felt like enough. It didn't have enough of a cool visual impact, it didn't have enough of an emotional impact, it didn't answer any questions about The Hand at all. If anything I just felt kind of annoyed and disappointed that this was meant to be the closure for the season. Nothing about the plot with The Hand was resolved! Like, at all!I don't know if you can tell how mad I am about this, but I am SUPER MAD. LITERALLY WHAT WAS EVEN THE POINT OF DOING THE HAND THIS SEASON AT ALL.

I will say though that I think I was pretty pleased with almost everything else about the show. So long as Karen, Foggy, Claire or Frank (the Punisher) was on screen, chances are I was happy. I'm pretty biased when it comes to Claire and Foggy because they are my favourite characters, but it did frustrate me that they got sidelined, especially considering how much I was enjoying their scenes compared with how much of a drag a lot of the Matt stuff was. However what screen time they *did* have was excellent, and as much as Matt annoyed me this season I would really appreciate it if Matt and Foggy would PLEASE just be friends again now. I cannot deal with all this fighting. Karen's plot also felt really strong and I loved the dynamic between her and Frank. A lot of their scenes completely stole the show and it addressed the whole 'Karen killing a guy last season' thing in a subtle but effective way. It's definitely not where I saw them going with Karen, but I was really pleased by it all. I am very about Intrepid Reporter Karen Page. But then again, apparently I just really like characters that are competent and good at what they do, like pretty much everyone in this show is apart from Matt. Sorry Matt, but honestly, you are a mess and a solid 80% of the reason why I like you at all is because Charlie Cox looks like a sad puppy and that is a face that is difficult to hate.

One of the things that I am a bit concerned about with the success of Daredevil is that Marvel, and other studios, will see it as people wanting even more dark shows about sad/angry/guilty feeling white men who feel like punching things and being emotionally constipated in an r rated manner. Which is fine, but it's tired and for me personally it's not the reason that I like Daredevil at all. No, what they should do on the back of Daredevil, and Jessica Jones by extension, is embrace their new lawyer-superhero niche and make a She-Hulk tv show. Bear with me here - just imagine how cool it would be to see Jennifer Walters, Foggy Nelson and Jeri Hogarth lawyering the fuck out of something. Rather than a Punisher tv show (which, as great as Punisher was, I don't think would be able to sustain itself over a 13 episode long season.), I would much rather a She-Hulk series. It could be like the inverse of Daredevil - a lawyer show with some superheroing, a lawyer who can't have a secret identity because she is a giant green woman but who is a boss ass lawyer. I would LIVE FOR IT.

On another positive note that isn't related to my own wishful thinking, I think that whatever they're building up to will be really good. Well, it'll either be really good or a complete mess. But if they are going to go down the road that I think they'll go down, then I think that it could be incredible. I'm just not sure how I feel about the more mystical stuff that they're also building up to, because up until this point the shows strengths have, for me, really been in that grittiness (and I hate myself a little bit for even typing that sentence, because I usually *HATE* Dark and Gritty stuff as a lot of it feels Dark and Gritty for no reason other than because some people think Dark and Gritty stuff is just inherently better than other stuff? The darkness and the grittiness of Daredevil and Jessica Jones just works.) and the more grounded villains, as well as the supporting cast and the grounding that they give to counter Matt's kind of ridiculous sense of responsibility. The only reason that this season survived for me is because they had the Punisher and they had Karen, Foggy and Claire to provide a balance for all the bullshit that was happening in the main plot. And I'm excited to see what is going to happen with Elektra next season, even if I'm still not sure how I felt about her here. I think I liked her??

ANYWAY! Given the opportunity, I will go on about this shit forever so I will stop now. At least we have Luke Cage to look forward to! I AM VERY EXCITED ABOUT LUKE CAGE and I really want to leave this on a positive, so farewell! Hopefully I will be back here soon to talk about more superhero shit that you may or may not care about but that I am far too invested in. Let me know how you felt about Daredevil!