It feels a bit weird starting off the new year with a recap post, but hey! December was a pretty good month for me reading wise, and also in general because Christmas, though I didn't get any books. I did get the first 3 volumes of Sandman, though, so that should be fun to get into! So, yeah.

Yeah, not such a good month on the reviewing month, but it was December so I was both busy with Christmas and busy making lists and preparing for the new year and making bad excuses, so there.

Other Posts
My Top Ten Books of 2013
My Favourite Other Stuff (TV shows, Films, Games, Music etc) of 2013
Disconnected (My bi-annual Sad About Blogging post)
Reading Resolutions for 2014 (exactly what it says on the tin)

Yeah, I usually wouldn't do one a list of non-review posts, but I had quite a few this month so I feel like it's warranted.

Book of the Month: 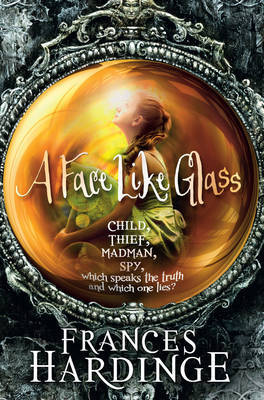 A Face Like Glass by Frances Hardinge. This was just a random book that sort of showed up in the post several months ago that I really didn't give much of a second thought to. But when I started to read it I was just fascinated and engrossed and a little bewildered and it's complete magic.

So that was my December! And Happy New Year!